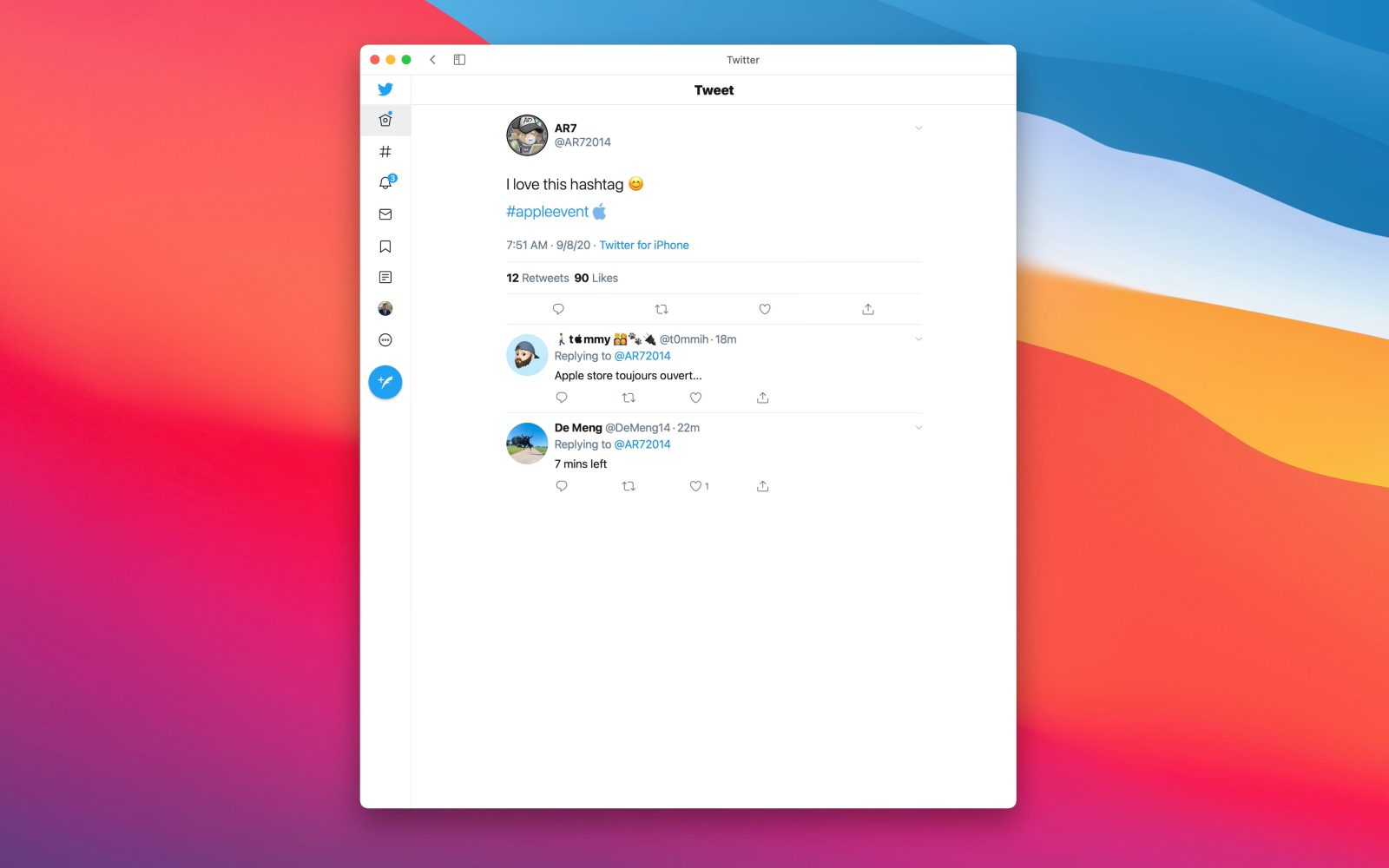 Update 9/15: After this article was published, Apple confirmed its Apple Watch and iPad event for September 15. In conjunction with event day, there’s a new animation on Twitter when you “like” a tweet containing the #Apple Event hashtag. Here’s what it looks like: