The first Apple Watch Series 6 and SE deliveries are expected on Friday, and orders in the United States, UK, and other countries have begun shipping out ahead of tomorrow’s delivery date. 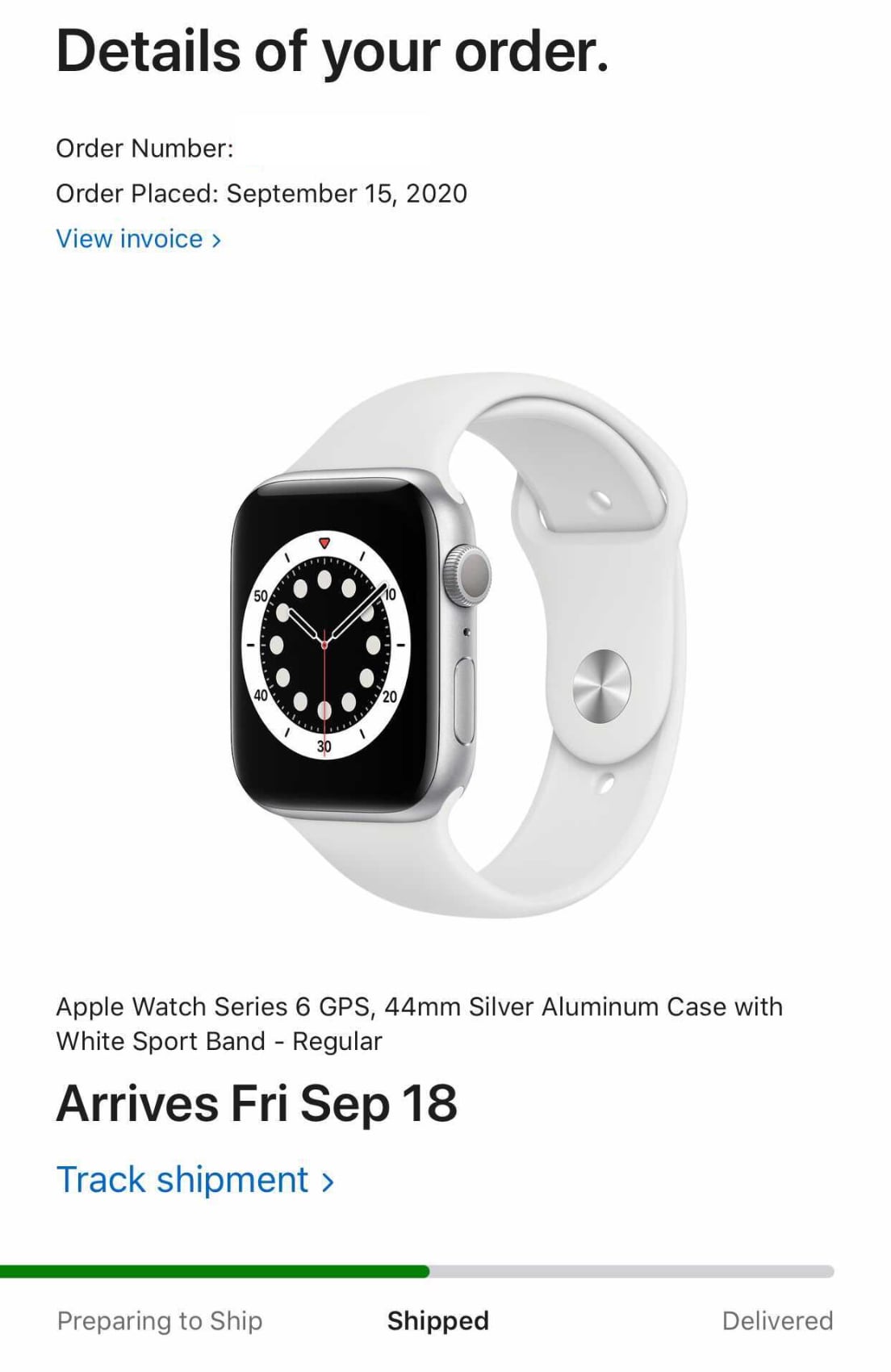 Not all of those who purchased an Apple Watch on Tuesday will be getting their new watches this Friday because many Apple Watch Series 6 combinations featured delivery estimates of September 25 to September 29 from the time that orders kicked off.

In the United States, some of those who have estimates of September 25 to September 29 may get their orders somewhat early, as there are reports on the MacRumors forums from users who are able to track their shipments using reference numbers (typically a phone number or an order number) or advanced tracking features offered by FedEx and UPS.

Apple Stores that are open may have some Apple Watch Series 6 and SE stock available starting tomorrow as tomorrow is the official launch date, but no in-store availability is listed as of right now.

The Apple Watch Series 6 introduces blood oxygen monitoring for the first time, adding new LEDs and infrared light to detect the percentage of oxygen in the blood. Low blood oxygen can be a sign of a medical emergency that needs immediate attention.

There’s also a new S6 chip, improvements to the Always-On display, new blue and (PRODUCT)RED aluminum colors, and new Solo Loop and Braided Solo Loop band options that fit over the wrist with stretch and have no clasps. The Series 6 is priced starting at $399.

The Apple Watch SE is Apple’s new low-cost Apple Watch. It’s identical in design to the Series 6, but it does not have blood oxygen monitoring, it cannot take ECGs, it has a slower S5 chip, and it is available in aluminum only. The SE is priced starting at $279.