AppleCare+ is now available in Norway, according to Apple’s Norwegian website. Previously, ‌AppleCare‌ was the only option in Norway for Apple devices. ‌AppleCare‌ essentially only extends the standard warranty on Apple products, but ‌AppleCare‌+ includes two instances of accidental damage with a deductible. 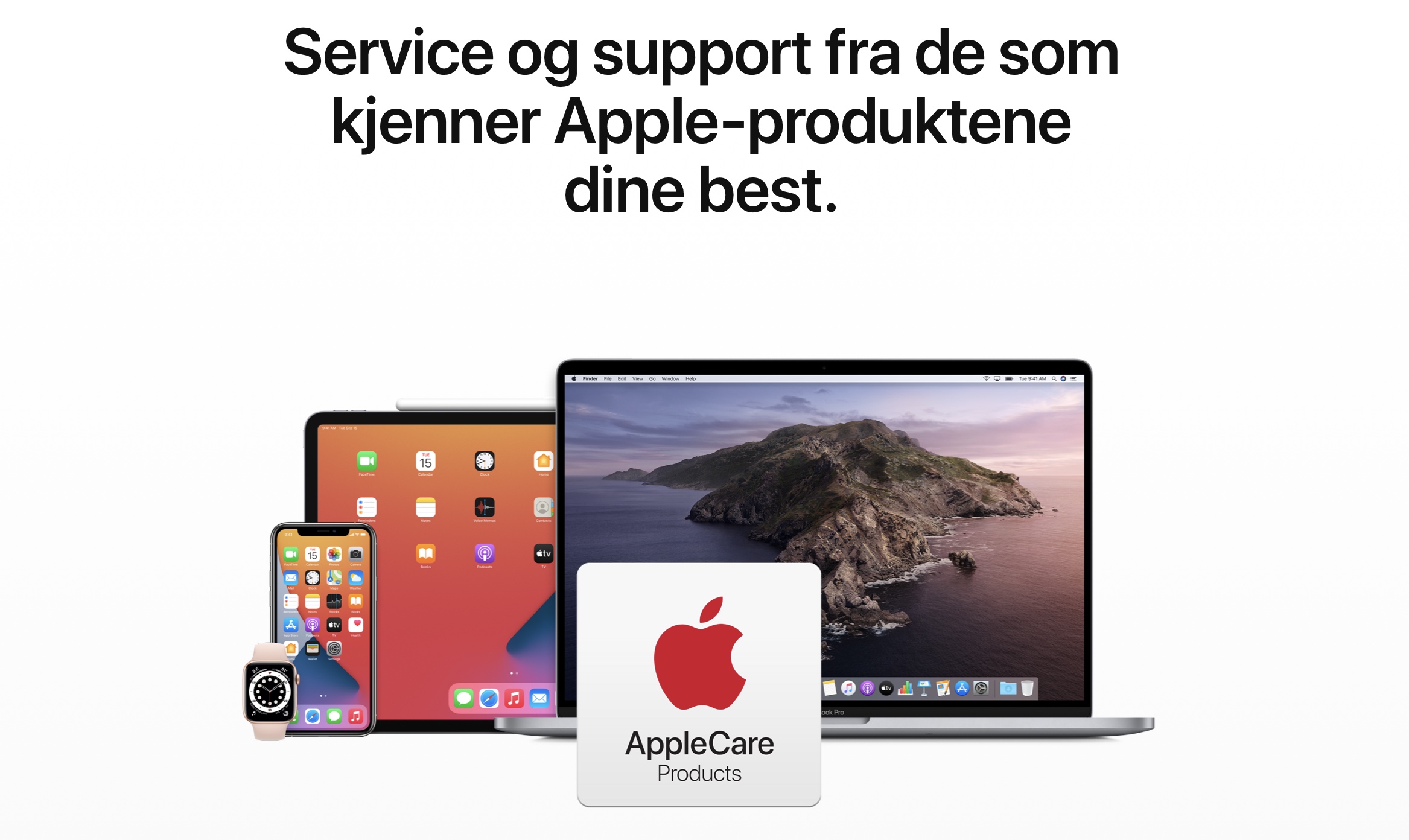 ‌AppleCare‌+ is supported on Mac, iPhone, iPad, ‌iPad‌, Apple Displays, iPod, and Headphones in Norway. The Apple TV retains standard ‌AppleCare‌, as has been the case in other regions, and is not eligible for ‌AppleCare‌+. The HomePod does not seem to be supported by either ‌AppleCare‌ plan in Norway at this time.

Apple has recently been making a number of changes to ‌AppleCare‌ worldwide, including extending AppleCare eligibility to one year in the U.S. and Canada, changing accidental damage cover, and the lowering cost of theft and loss deductables.

Apple has also expanded ‌AppleCare‌+ monthly payments to Canada, Australia, and Japan, as well as the UK and Germany.