iFixit today did one of its traditional teardowns on the new Apple Watch Series 6 with GPS and LTE, which became available for purchase last Friday. While the new Series 6 models look quite similar to the Series 5 models externally, it turns out there are quite a few internal tweaks and modifications to support new features like Blood Oxygen Monitoring. 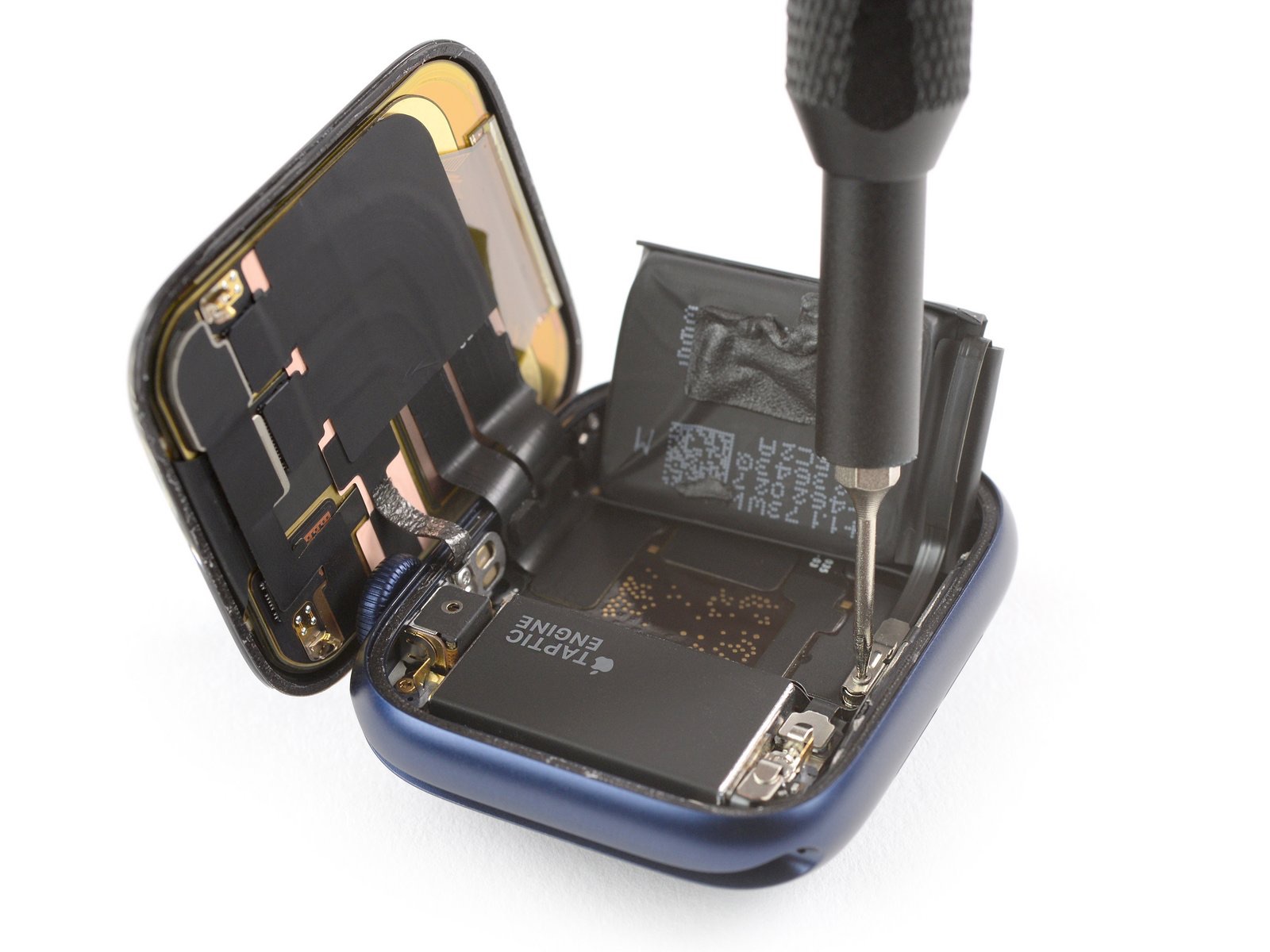 Apple is using a 1.17Wh battery in the 44mm Apple Watch Series 6, which is just a slight increase (3.5 percent) over the battery used in the prior-generation Apple Watch Series 5. That should come as no surprise as the Series 6 continues to offer the same 18-hour “all-day” battery life as prior models. The 40mm model, which iFixit also took a look at, has a 1.024Wh capacity, an 8.5 percent increase over the 40mm Series 5.

There’s a larger Taptic Engine in the Apple Watch Series 6, and the frame has been slightly modified with a narrower lip for adhesive. This tweak, along with the removal of Force Touch, may be why this years’s models are just a bit thinner (10.4mm vs 10.74mm). 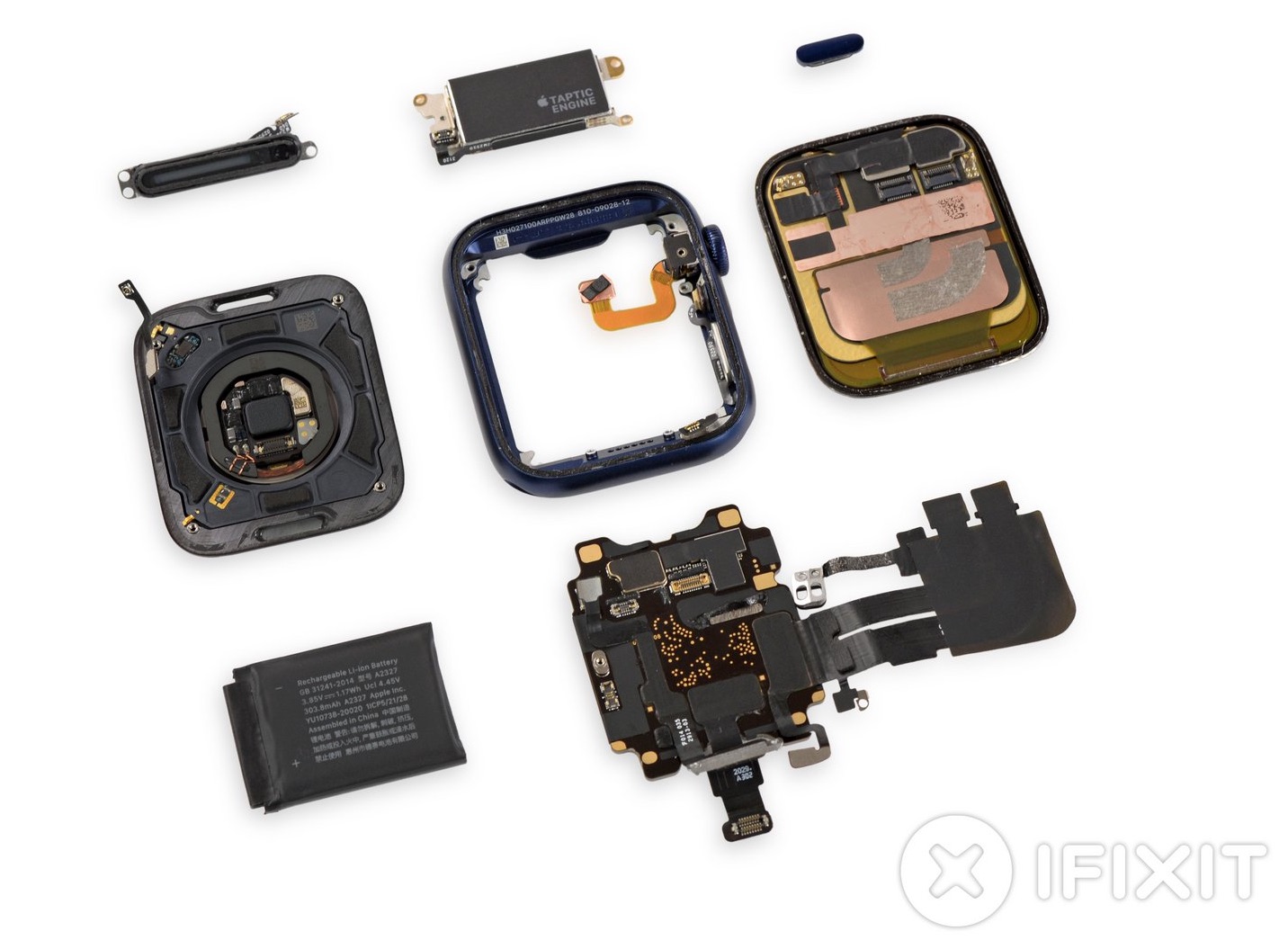 All in all, iFixit was impressed with Apple’s ability to pack new sensors, a larger capacity battery, and a bigger Taptic Engine into a thinner casing.

They just keep polishing this thing to a higher and higher gloss and it’s almost sneaky how much of it they don’t tell you about, keeping all the focus on the whiz-bang health features.

The 2020 Apple Watch Series 6 ultimately earned a repairability score of 6 out of 10 thanks to the easier screen replacements and battery replacements, but there are still tiny tri-point screws to manage and the flex cables mounted directly to the S6 package require skilled microsoldering if an accidental tear occurs.