Rumors suggest Apple’s upcoming iPhone 12 models will ship with a new Lightning to USB-C cable that includes a braided fabric design. Images of the purported cables were leaked in July, and today leaker Mr White has shared new images that give us a closer look at what we might get included in the ‌iPhone 12‌ box. 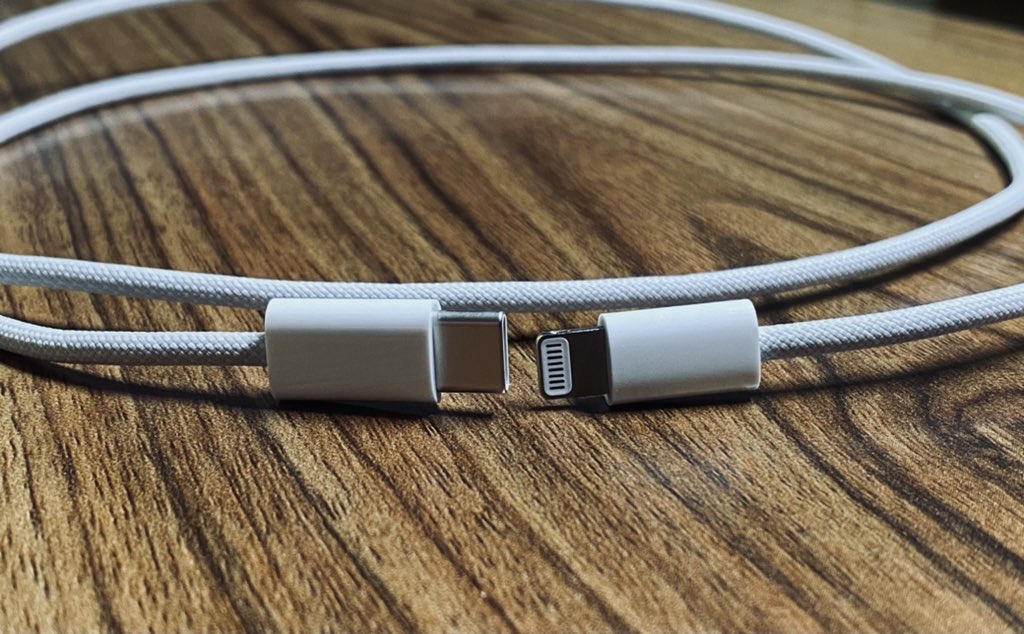 The photos show a USB-C to Lightning cable with a clearly braided design rather than the standard non-fabric design of the current cables. Braided cable designs have the potential to be more durable than the standard rubber-coated cables, which have a tendency to fray from the edges after a few months of use.

Previously leaked USB-C to Lightning cables have featured eight silver contacts with rhodium-plated ruthenium, which is more resistant to corrosion, and that also appears to be the case in these photos. Combined with the braided design, the cables are likely to be able to better withstand damage after prolonged use.

A more durable design will be a welcome change for ‌iPhone‌ users as there have been many complaints over the years about the weak design of Apple’s cables. Apple’s existing USB-C to Lightning cables can also be used to enable fast charging in compatible iPhones, providing a 50 percent charge within 30 minutes.

Apple has never offered a cable with a braided design for its iPhones or iPads, but it does offer a braided Thunderbolt Pro cable, a black braided USB-C to Lightning cable that ships with the Mac Pro, and a braided power cable for the HomePod.

Apple’s new braided USB-C to Lightning cable may be the only accessory that ships with the ‌iPhone 12‌. Multiple rumors have suggested this year’s new models will not come with a power adapter or EarPods in the box, allowing Apple to save money and cut down on packaging.

Instead, Apple may sell a new 20W power adapter on a standalone basis, which would allow customers to purchase a power adapter separately from Apple or from a third-party manufacturer, and would also bring Apple in line with EU proposals for a common charging standard.