The new watchOS 7 update includes a new Apple Watch feature that’s designed to let users customize all of their Activity goals, setting not only calorie targets, but also Stand hours and Exercise minutes. 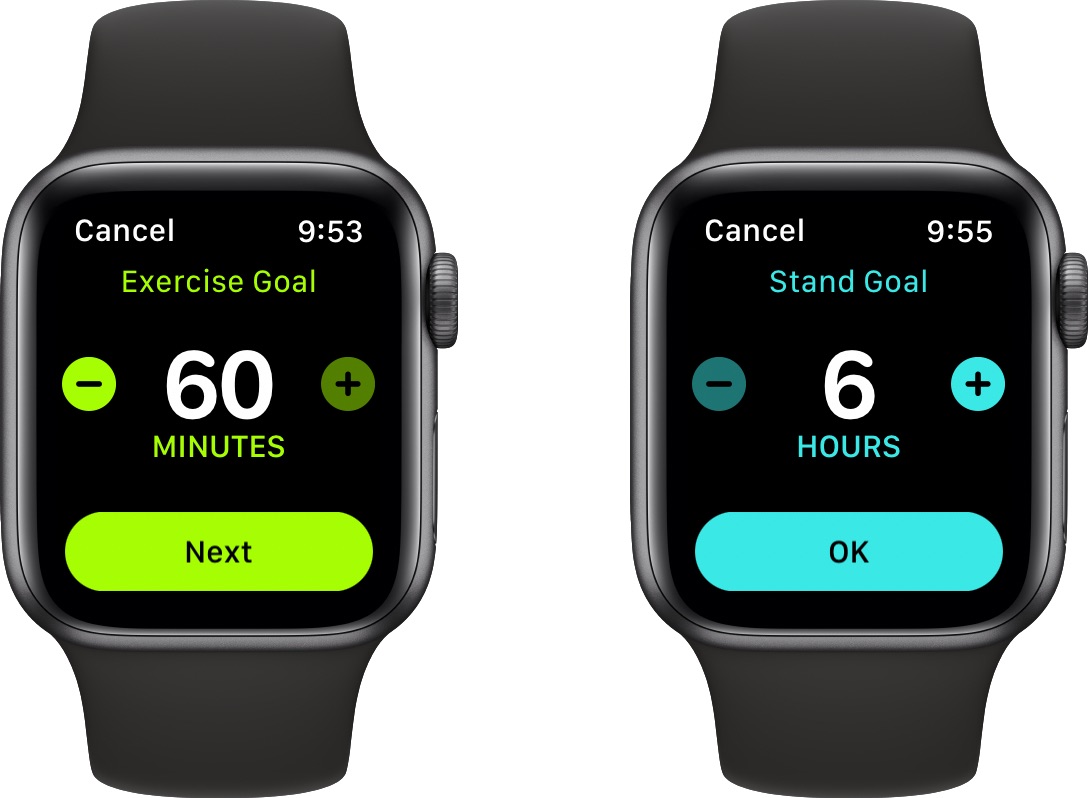 In watchOS 6, there is no option to customize Stand hours or Exercise minutes, with Apple requiring at least 12 stand hours and at least 30 minutes of exercise to complete an Activity goal. Goals will be much more customizable with ‌watchOS 7‌.

The Exercise goal can be set for as low as 10 minutes or as high as 60 minutes, while the Stand goal can be dropped to six hours. Twelve hours continues to be the maximum.

Activity goals can be changed by opening up the Activity app on the Apple Watch and scrolling down to get to the “Change Goals” option. Under Change Goals, you can set new Move, Exercise, and Stand goals.

Apple released the ‌watchOS 7‌ GM earlier today, and plans to release the new update to the public tomorrow.